Y’all, I’d like you to meet my new-to-me but not-new-at-all Singer Featherweight.

Her name is Tina Turner.

I can’t take credit for the name, I posted a photo to instagram of this new beauty the evening she joined our family, and I was reminded as to why my college roommate, Shelby, always had me in stitches.

Yup.  No other names would even come close.  Tina Turner she became!

Owning and using a Singer Featherweight to use to piece my quilts has been something on my wishlist for a while now.  I had seen one sewing beautiful stitches and started researching why these little beauties were so sought after and loved.  I knew I didn’t want to break the bank for one, but hoped one would someday land on my lap.

Like I often do, I obsessed and trolled ebay, craigslist and other sale sites for a Featherweight back in 2013.  I found plenty of machines, but all of them way more than I was wanting to spend!  So I stopped my search, and honestly kind of thought that owning one just wasn’t in the cards for me.

Enter Pittsburgh Quilt Market 2014.  The dream of owning one of these little machines was sparked again, but again, I wanted one with a story…not just one I randomly found online.  I told Andy that evening that I would love to find one with a single owner — not from a dealer or collector.

During lunch one day, I looked on Pittsburgh Craigslist and found two Singer Featherweights listed — one had beautiful photos and details and promised a working and cleaned machine.  One had a terrible cell phone photo, was 1/3 of the price and lacked any and all details.

Of course I fell for the pretty photos and contacted the seller.  Her price was firm.  It was higher than I wanted to spend.  Meh.  Dead end.

The next day I decided I might as well try the other listing as well, what was there to lose!  I called the phone number listed and as I was leaving a message, the number was calling me back.

The conversation was hysterical and awesome.

Turns out, this Featherweight was owned by one person, the seller’s grandmother.  He told me, “she was one of those quilter types.”  I started laughing, well, you might call me that too… as I look around, surrounded by quilts.  I asked if it worked, he laughed.

Something felt right.  He told me that if I could get there today, it was mine — a collector was coming the next day to buy it, but it was mine if I could come beforehand.  He said the collector told him bluntly that he was selling it for far too little, but he told me, “I just want it to go to a good home.”

I promised him that I would take great care of her!

So Andy and Harlow drove out to pick it up.  Andy said that when he suggested they plug it in, they laughed realizing that they hadn’t even done that yet.  And wouldn’t you know, my little charmer, Harlow, had this grandma and grandpa so smitten that he charged us even less than what he listed it for.

This machine is perfect.

So there is my little sewing machine gush-fest. :) Andy and I are planning on doing all the cleaning and maintenance ourselves, and I heard from many people that purchasing the handbook and DVDs from here was the only way to go.  We are hoping to tackle it in the next week or so!  I’ve been procrastinating a bit, because I want my first quilt to be the one I make for this baby boy (oy! I almost typed his name…yikes!  This whole know-the-gender-and-name-but-keeping-it-a-secret thing is hard!) but I still haven’t decided on a design for him just yet!

Any Featherweight owners out there?  Ever sewn on one before?  eeks!  I’m so excited to get her clean and running smoothly!  Y’all, it still has the ruffle foot it came with — I can’t wait to use that thing.

I’d love to do something with all the memories kept in its case — any ideas for displaying the notes and things?  Shadowbox? I’m hitting a wall, I’d love to hear your ideas!

Sign up to be the first to learn of new felt flower tutorials!

*Receive exclusive petal & leaf templates when I release them later this month!*

This site uses Akismet to reduce spam. Learn how your comment data is processed.

LEARN: how to make a felt flower daffodil | tutorial

how to make a baby onesie quilt 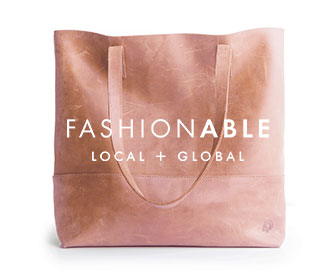